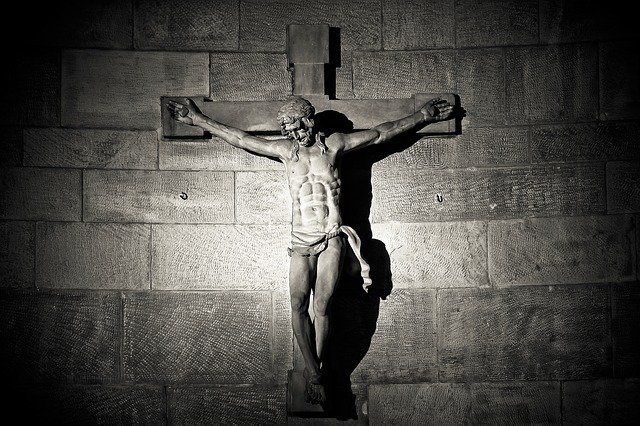 Spirituality, is not merely associated with religion, it has links but is also exclusive of it. Spirituality is all about a sense of connection to something bigger than ourselves. It is about searching and finding a meaning to life and living. The natural quest of spiritual seeking is to rediscover the original character of man. “Just as a candle cannot burn without fire, men can’t live without a spiritual life”. (Prince Siddhartha)

Since spirituality is too often confused with religion, hence there is a non-availability of a universally accepted definition of it. Spirituality is therefore believed to relate to faith, values, love, compassion, enlightenment, higher consciousness, relating to divinity and cosmic powers. At the very least and in particular for this essay, spirituality is all about the ‘original’ goodness of the human kind. Human nature is pure; it is environment that de-nudes the basic pure inherent and intrinsic nature, to give us the deformed and ugly nature, that men demonstrate in their dealings.

Here, I would rephrase Adam Clayton’s words on spirituality, which is the ability to hear the inaudible, touch the intangible and see the invisible. By ethical conduct towards all creatures, we enter into a spiritual relationship with the universe. (Schweitzer)

An organ of the United Nations recognised through its constitution that there is deep bonding between peace and traits of faith and spirituality. It is stated in their constitutio, “Since war begins in the minds of men, it is in the minds of men that the defense of peace must be constructed”. Borrowing from this thought, it follows that the corporate leadership has also to be constructed, to house within itself consciousness of the need to have as part of corporate purpose and culture, the search for the meaning in life. A limited purpose of higher profits than ever before will not permit sustainability; The best of profit making institutions of the Fortune-500 of say, the 1970’s to 1980’s are lost in oblivion, if not resting permanently in the world corporate cemetery. This happened because of the disequilibrium between the quest for the moral and material. Moral values generally lose to material gains, despite the impermanence of the material and the perpetuity of the moral gains. The presence of a moral compass in an institution offers greater assurance of sustainability.

Spiritualism in the corporate world until about a decade or so back was considered heresy, particularly across the Atlantic and to a lesser degree in the UK and the continent. Today management scientist and guru’s have come to realise that while money matters, but in itself, it is insufficient and inadequate to keep staff motivated; in the short-term may be it can serve as an inspirational tool, but in the long run it will fail to do so; instead staff would crave for finding a purpose to their work. Hence, we see the emphasis of corporates in finding ways and means to relate to universal issues of green economy, climate change challenges, and social issues like mental health, wellness at work, and many others. All these initiatives are directed to give the organisation a sense of spirituality – the naturally blessed goodness of heart for the greater good of the community being the cornerstone of their policies. The basic premise of thought being that benefiting the community will inevitably benefit the institution.

A management team that is possessed of elements of spirituality will have at its core belief and systems, the characteristics and virtues reflecting a peaceful, calm and placid state of mind; an attitude of benevolence, confidence and above all of equity, fairness and justice.

To enlist commitment of the workforce, the institution has to relate itself to a higher meaning of life. Some Organisations have a declared policy of allocating a certain percentage of the profits to be used specifically for nonprofit social welfare activities, involving health, education, etc.

The industrial revolution, which caused great inventions and discoveries at the hands of intelligent and brilliant individuals, saw the emergence of the concept of intelligence quotient (IQ). Intelligence, over a period of time and experience, in isolation was found to be deficient and inadequate; it harbored on the ruthlessness in business and brought to fore terminologies like “cut throat” competition- seemingly it defined the corporate world as “carnivorous”- “survival of the fittest” also gained currency. The advent of service-based industry that was beyond tangible material production of goods and products, witnessed the need for

“humaneness” in the approach towards clients and internal workforce. Thus, was induced into the management culture the concept of emotional quotient (EQ). Russi Mody, MD-Tata Steel from 1974 to 1993 who was an alumnus of Harrow and Oxford, would sit with workers, call them by their first names, sip cups of tea and eat chapati with them to build a sense of bonhomie. He spent money for the electrification of the workers colony, for supply of drinking water, etc against the wishes of the chairman. The net result was with the money that was spent and workers confidence gained, there was stark improvement in productivity and production. Goodness repays itself, the return is auto.

In the history of Pakistan’s corporate sector (mostly family-owned) one can find many philanthropic institutions that were setup for alleviation of poverty, creation of employment opportunities, promotion of education, coupled with hospitals and other health centers, not to forget orphanages. So the entrepreneurs were not just bloodthirsty 22 infamously famous families; they did a lot of good to society. But exploitation, being the cardinal sin of a laissez faire economy, got the better of the most of them. A socialist government robbed them off their assets by way of nationalisation.

The ideal combination of quest for higher profits, with social goods as its guiding principle has given impetus to the development of leadership that is both magnanimous and benevolent. This spiritual dimension to business is now a key driving factor of enhanced productivity. Recently, all large institutions illuminated their buildings with ‘pink color’ to create awareness about breast cancer – that is spiritual quotient (SQ) in action – the good of the community.

Benevolent and honest leadership atleast politically has shown phenomenal results; Singapore and UAE, are a classic case in point. Infact, the Ayubian years in our own context are also a good example of all the three “Q’s” working in unison. If there is one unit in the organisation that must be obsessively possessed of spirituality it is the Human Resources Division. HR professionals should be designated with the task of inducing humane policies.

Contribution towards goodness of society must not be confused with charity, which may have religious connotation; spirituality transcends religions, societies, sects and all conceivable divisions created by mankind, more for dissension than for humanity’s harmonisation. All religions demand goodness of self; if that is in the right place, every other aspect of life would remain in conformity with Divinity.

As a scribe of this piece, I am aware that fueling a truth like the need of spirituality in the corporate sector is a major revolutionary thought that will go against the blood sucking army of profit seekers. I hence draw William Shakespeare to my side and rescue, “The devil can cite Scripture for his purpose. An evil soul producing holy witness, is like a villain with a smiling cheek, A goodly apple rotten at the heart, O, what a goodly outside falsehood hath!” (Antonio in The Merchant of Venice).

Price one must pay. Value one will get. Induction of spirituality into business requires just one trait – courage Have it? Use it. Not possessed of it? Acquire it.

The writer is a senior banker and freelance columnist