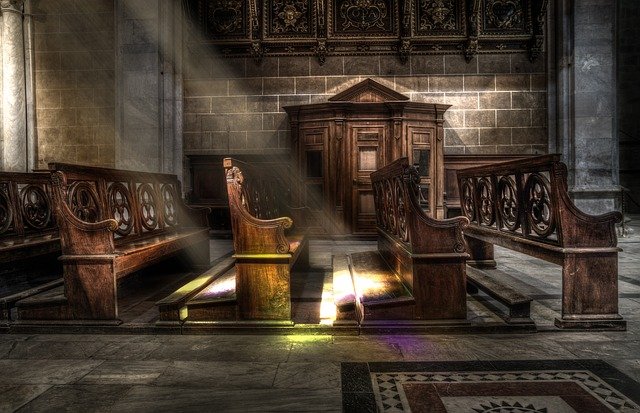 THE IN-BETWEENS
The Spiritualists, Mediums, and Legends of Camp Etna
By Mira Ptacin

In the spring of 1848, the ghost in the wall — Mr. Splitfoot, they called him — came knocking for attention. The wall stood in the home of an upstate New York family and the knocking occurred when the daughters of the house, Kate and Margaret Fox, were in the room. Mr. Splitfoot, communicating with a Morse code-like system of raps, claimed to be a murder victim long buried in the cellar.

The year of the ghostly knocks, as Mira Ptacin writes in her engaging if somewhat wide-eyed book, is considered by many to mark the beginning of the American spiritualist movement. The Fox sisters and their like were thought to have a rare ability to talk to the dead. Fostered by eerily staged public demonstrations, the movement was so successful that by the 1870s more than one million people in the United States were proud spiritualists.

Forty years after those first famous thumps, the Fox sisters publicly confessed to fraud: Mr. Splitfoot was merely the product of creative joint-popping and cracking by the two girls. “It was a gut punch, but it wasn’t a deathblow,” Ptacin writes in “The In-Betweens.” And, in fact, the Maine spiritualist community on which her book is centered, Camp Etna, thrived in the years after the confession.

Want to keep up with the latest and greatest in books? This is a good place to start.

By the early 20th century, the camp served as an unlikely mecca — drawing thousands of campers to wooded Penobscot County, offering everything from philosophy classes to boat rides to sessions with mediums. Today, it exists far more modestly. The offerings include summer activities, a church that provides “spirit communication” as part of the Sunday services and a gathering place for practicing mediums, believers and sometimes people who are just plain curious.

Ptacin, the author of the memoir “Poor Your Soul,” herself hovers somewhere between curiosity and the edge of belief. As she tells us, she wants to believe, wishes she could see the ghosts that float so readily around the Maine mediums in this “enchanted hamlet.” But the hovering serves a purpose. She is on a quest to understand the peculiar nature of belief, the power of faith — pure, unquestioning and even unreasoning — to shape the way we see the world around us.

To that end, Ptacin collects insights and highlights from the history of spiritualism but mostly concentrates on Etna’s current practitioners. Her interactions with the community’s mediums and psychics include a ceremony to cleanse her home of a suspected ghost, a session of table talking in which the oak-legged furniture apparently dances around the room and an experiment in dowsing.

All of this togetherness leads the author to a deep affection for her subjects, the “magnificent men and women of Camp Etna, past and present.” She admires their undaunted courage and candor in the face of public mockery and disdain. This gains her some very open access. It also leads her to walk carefully through spiritualism’s fraud-speckled history and to occasionally tip the story into credulity. In describing one medium, Ptacin writes of feeling intimidated: “She had told me that she had a Ph.D. in metaphysics and an ability to literally see beyond what most human eyes could.”

But such flaws also serve to illuminate Ptacin’s primary point, that this is a place and a story rooted in the very human hope that life is more than a handful of years on a lonely planet. And that if we believe hard enough we may find proof of that, shining in the shadows, just beyond our reach.